And you thought nosy and opinionated Filipina aunts were bad. In China, single women who reach the ripe “old” age of 27 are given the derogatory label, “sheng nu,” which translates roughly as “leftovers.”

These sheng nu face an ever-increasing pressure from parents to get a boyfriend. And when meeting with extended families during holidays, they are continuously heckled to get into a relationship. However, most modern-day Chinese women have had a shift in their outlooks on life, preferring to focus on their careers first and relationships later. To avoid getting pestered, some women have turned to several websites that offer boyfriend rentals.

One such website, Taobao, lists a number of fake companions which offer a range of services, including going out on movie dates, hand-holding, and even cuddling. The men charge between 1,000 yuan (US$152) to 10,000 yuan (US$1,526) a day. Furthermore, Taobao allows women to choose from different types such as, “American boyfriend, Canadian boyfriend, and domineering boyfriend Jiangsu.”

In an article published on the Singaporean news website The Independent, it was reported that the peak season for boyfriend rentals happens during Chinese New Year. This is when most working women return home to spend the holidays with their families. Rather than face the stigma from being a twenty-something single, women opt to bring fake companions home to silence nosy relatives.

The article further quotes a Taobao boyfriend advert as stating, “New Year back home, no longer afraid of gossip, regardless of your eight aunts. Why are you still hesitating? Hurry over to order a fit for your boyfriend now.” 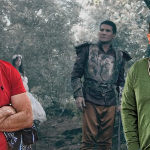 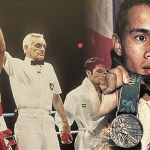