For some women, menopause sets in early. They begin to be infertile even before they reach their 50’s. According to doctors, the optimum time for a woman to have babies reaches its limit when she hits the age of 36. For some, the desire to have children seems like a race against the clock. Recently, however, thanks to advances in science, those women don’t have to run the race anymore. A team of Greek researchers is claiming to have reversed the effects of menopause.

A team from the fertility clinic called Genesis Athens, headed by Gynecologist Konstantinos Sfakianoudis, presented the results of their research recently. It showed that when the ovaries are injected with PRP (platelet-rich plasma,) they start to produce egg cells again. PRP is also currently being used to repair damaged bones and tissue.

The team’s research involved injecting PRP to 30 postmenopausal women aged between 46 and 49. The scientists claim that two-thirds of the participants began ovulating again. The team also tried the treatment on women who had previously failed IVF (in vitro fertilization) programs and that three out of the six participants became pregnant.

Critics of the study noted that the researchers failed to point out exactly how the PRP injections work. But the breakthrough at least affords women who want to have children an alternative choice for conception. 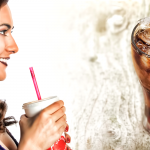 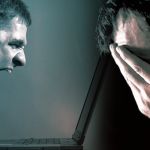