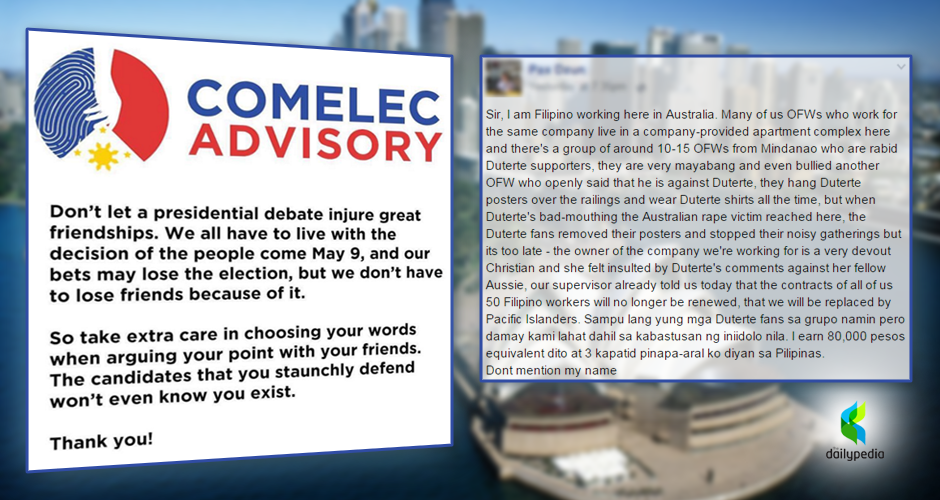 Reports about Presidential aspirant Davao Mayor Rodrigo Duterte joking about an Australian rape-slay victim have made their way to the international scene and has been picked up global news organizations.

Amanda Gorely, Australia’s Ambassador to the Philippines, released a statement last April 17, 2016 condemning the act of making jokes about rape and murder via her official Twitter account. While the ambassador did not specify anyone in her tweet, it is widely believed she was refering to Duterte.

Rape and murder should never be joked about or trivialised. Violence against women and girls is unacceptable anytime, anywhere.

Duterte reacted to this statement by telling the Australian government to “shut up.” The seemingly adversarial tone could affect future relations of the country with Australia if ever Duterte does win in the upcoming May 2016 elections. Some overseas Filipino workers (OFWs) stationed in Australia might just have had a first taste of it.

A social media post by a Pax Dzun details the story of an unnamed OFW in Australia who may have been laid off because of Duterte.

“Sir, I am Filipino working here in Australia. Many of us OFWs who work for the same company live in a company-provided apartment complex here and there’s a group of around 10-15 OFWs from Mindanao who are rabid Duterte supporters, they are very boastful and even bullied another OFW who openly said that he is against Duterte, they hang Duterte posters over the railings and wear Duterte shirts all the time, but when Duterte’s bad-mouthing the Australian rape victim reached here, the Duterte fans removed their posters and stopped their noisy gatherings but its too late – the owner of the company we’re working for is a very devout Christian and she felt insulted by Duterte’s comments against her fellow Aussie, our supervisor already told us today that the contracts of all of us 50 Filipino workers will no longer be renewed, that we will be replaced by Pacific Islanders. There were only ten Duterte fans in our group and yet we were included because of the rudeness of their idol. I earn roughly about 80,000 pesos here and three siblings who I send to school there in the Philippines. Dont mention my name (sic).”

The post has been making the rounds on Facebook. The original poster of the story openly supports Mar Roxas who is also vying for the presidential seat in the May 2016 elections. As of this writing, the story has yet to be verified.

As the May 9 elections near and tensions continue to rise, the Commission on Election (COMELEC) recently shared some advice for people who seem to be losing friends while debating on who is the better presidential candidate. 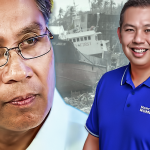 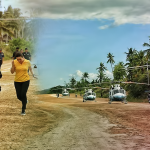