“Do not blame the millennials, blame our educational system.”

Writer and literature teacher Rogelio Braga is asking us to take a long, hard look at what our schools are teaching our children about Martial Law. This after an incident where one of his students was supposedly pressured by teachers to delete an anti-Marcos status message the student had written.

“My young student, who posted an anti-Marcos sentiment on his Facebook, was threatened by his high school teachers… perhaps that his Form 137 will not be released unless the post is deleted. My student deleted the status. Ladies and gentlemen, do not blame the millennials: blame our educational system. Nakakagalit, (It is infuriating)” related Braga on his Facebook page last February 26.

“You know, I’m starting to suspect that maybe the educational system is the culprit,” agreed Facebook user Maryanne Moll. “Because my friend’s son has also been told by his teacher only good things about Martial Law. So my friend was aghast. She gave her son the whole history, and filed a formal complaint against the teacher. Maybe all those coño kids that have become Marcos apologists have been brainwashed.”

Encouraged by all the shares his status was getting, Braga posted a follow-up the following day, imploring people to “…tingnan natin kung paano itinuturo ang Martial Law at si Marcos sa ating mga anak, sa ating mga kabataan sa loob ng paaralan. (Let us examine how Martial Law and Marcos are being taught to our children, to the youth in schools.)

To the students, Braga asks, “Huwag matakot, magtanong. Utang na loob: magtanong. Tandaan natin na marami, sobrang dami na hanggang ngayon binibilang pa rin, ang nagbuwis ng buhay para mayroon tayong ganitong pribilehiyo ngayon na magsalita at tuligsain ang pamilyang Marcos o kung sinumang lider ng ating bansa.” (Do not be afraid to ask questions. For goodness’s sake, ask. Keep in mind that there are a lot of people, even until know, who sacrifice their lives just so we can have the privilege to speak and stand up against the Marcos family or whoever leads our country.)

Finding further proof that could back up his claim of the educational system being at fault, Braga forwarded screen caps of pages from Lakbay ng Lahing Pilipino 5, an Araling Panlipunan (Social Studies) textbook used by elementary school students, to show exactly what is written in school history books. The original post by Facebook user Ayrie Ching,  with pictures credited to Bambit Gaerlan, summarized what Lakbay ng Lahi was teaching about why Martial Law was declared.

Apparently, the post is pointing out that the Lakbay ng Lahi book is simplifying the reasons behind the declaration of Martial Law, attributing it to an economic disaster—brought about by natural causes, a storm—and perceived threats to national security coming from factions like the NPA (National People’s Army) and the MNLF (Moro National Liberation Front.)

“Guys kung joke ‘tong librong ‘to hindi siya nakakatawa, (If this is a joke, it’s not funny)” the post stated. 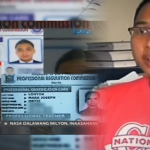 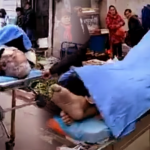