As the school year is coming to a close, thousands of students are expected to graduate from college this 2016. However, a college degree does not guarantee a high-paying job. Interestingly, according to Seek Asia Regional Manager Yoda Buyco, engineering graduates get a higher salary as fresh graduates compared to other graduates of non-technical courses.

According to Philstar, Buyco said, “Engineering graduates get an average salary of P19,000 compared to non-technical positions that offer an average of P15,000.”

Unfortunately, the number of engineering students who will graduate this year is higher than the opportunities waiting for them. Citing data from the Commission on Higher Education, Buyco said that there are 72,000 engineering graduates that are set to join the workforce this year.

Buyco also said that based on JobStreet.com job advertisements in 2015, there were only about 55,000 job opportunities available for people with engineering specializations.

Although there are less opportunities for engineering graduates this year, Buyco said that “engineering jobs are growing across all positions and levels.” 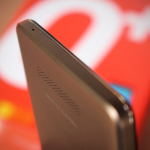 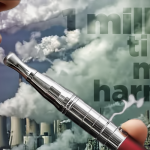