E-cigarettes, battery-operated devices designed to deliver nicotine in the place of using real cigarettes, have been found to have a million more cancer-causing chemicals than the polluted air in Hong Kong. This is according to a study conducted by the Hong Kong Baptist University.

According to Collective Evolution, the study analyzed thirteen electronic cigarette brands that were sold in the Chinese market. The study revealed that the level of polycyclic aromatic hydrocarbons (PAHs), which is a byproduct of burning petroleum, ranged from 2.9 to 504.5 nanograms per milliliter.

Dr. Chung Shan-shan of the Hong Kong Baptist University said that the level of PAHs “is at least one million times more than roadside air in Hong Kong.”

Moreover, researchers also discovered that these cigarette alternatives also contain a type of flame retardant that can affect one’s reproductive system which may lead to cancer.

This was the first time that the chemical was found in an e-cigarette.

When the findings of the study were revealed, the Hong Kong Council on Smoking and Health called for an immediate ban on e-cigarettes. If the ban pushes through, Hong Kong will join 16 other countries which have already prohibited selling, advertising, importing, distribution, and manufacture of e-cigarettes.

On a final note, the Hong Kong Food and Health Bureau started discussing a ban last March 7, 2016 and they hope to submit a proposal to the legislature soon, according to the South Morning China Post. 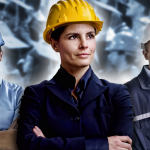 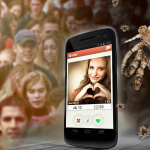