It took him 10 long years of struggling to balance his studies and his job, but Jay Torres Solitana is soon going to reap the fruits of his labor by graduating with a Bachelor of Arts in Speech Communication degree from the University of the Philippines (UP) – Diliman in Diliman, Quezon City, Philippines.

In a lengthy post on Facebook, Solitana narrated his struggles while growing up in a family of limited income. His jeepney driver dad and household helper mom did not have the means to send him to college but he did not blame them for this. Instead, he considered these struggles as a challenge for him to do his best.

Back in 2006, he tried to enter UP but did not pass the UPCAT (entrance exam). Still, even if UP was his dream school, this did not hinder him from seeking out scholarships from other schools with the help of his mentor and high school research adviser, Alfredo N. Sarabusab, who practically “dragged” him from school to school in search of a coveted scholarship.

Solitana was granted a scholarship at the Far Eastern University where he took up Nursing, a course he picked simply because he thought this would land him a good job in the future. Due to financial constraints however, he had to quit school after two years.

He worked in a call center which finally made him able to provide his parents with a comfortable life but he still longed to graduate from college. Knowing his parents could never afford to send him back to school, he did not quit his job so he could still support himself. He transferred to his dream school, UP, and took up a course that he enjoyed.

In June 2016, Solitana will be graduating from UP with a degree in Bachelor of Arts in Speech Communication. He expressed his gratitude to everyone who supported him in his struggles and encouraged others to never give up. 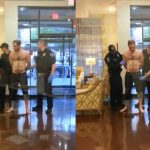 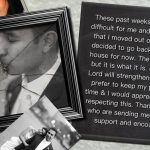