These two (painfully awkward) social experiments which feature gay men kissing women and lesbians kissing straight men – some of whom kissed a member of the opposite sex for the very first time.

READ: Here’s what happens when these lesbians touch a penis for the first time…

Brace yourselves, things are about to get very awkward!

Lesbians Try Kissing Men – The clip paired up lesbians with a number of straight  guys, and to be honest it’s mostly, pretty awkward. 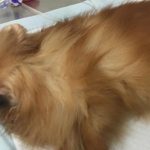 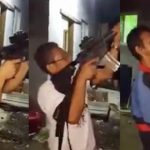