Roxas’s claim that he is a Wharton graduate may have already been confirmed by Wharton on social media as early as three years ago. In a tweet by Wharton magazine (@whartonmagazine) dated September 1, 2012, the Wharton School congratulated Mar Roxas for being appointed as the Department of Interior and Local Government (DILG) secretary at the time.

Wharton’s tweet went, “Congratulations to Manuel ‘Mar’ Roxas, W’70, now appointed secretary of the interior and local government for the Philippines.” It can be noted in the tweet that Roxas was considered a graduate of Wharton in 1970 (W’70) and not from the University of Pennsylvania (UPenn’70).

No word yet from Duterte’s camp if they are aware of the said tweet.

Congratulations to Manuel “Mar” Roxas, W’70, now appointed secretary of the interior and local government for the Philippines. 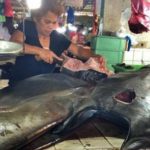 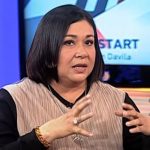