MANILA, Philippines. Miss Universe 2015 Pia Alonzo Wurtzbach’s answers to the the tough pageant questions may have made her win the highly-coveted crown, but a number of Filipino leftist leaders aren’t happy with what she said.

During the question and answer portion, each of the top 5 candidates were asked about issues relevant to their respective countries.

To which Wurtzbach answered, ’’I think that the US and Philippines have always had a good relationship with each other. We were colonized by the Americans and we have their culture and traditions even up to this day. I think we are very welcoming with the Americans and I don’t see any problem with that at all.”

Renato Reyes Jr., secretary general of Bagong Alyansang Makabayan, thinks that the question Wurtzbach received was not fair. Considering that Wurtzbach was under a lot of pressure, it was expected that the Philippine representative would say yes.

“Saying ‘no’ to US troops, in front of a predominantly American crowd, would harm her chances of winning,” Reyes explained.

However, Reyes thinks that Wurtzbach could have answered differently but believes she wasn’t prepared to take the risk of alienating votes. Reyes is hoping that Wurtzbach will consider “contrary views on the issue’’ in the future.

For Former Bayan Muna Representative Teddy Casiño, Wurtzbach should be briefed about the issue of US troops in the country by Gabriela, a women’s rights group.

On his Twitter account, Casiño wrote, “She could have at least acknowledged that there are problems that have to be address re US bases in PH.”

Comedienne Ethel Booba was quick to defend Wurtzbach and take Casino to task. “It’s your job in Congress and you have more than 30 seconds to do that. Charot!”

Meanwhile, Wurtzbach was commended by the Trade Union Congress of the Philippines-Nagkaisa (TUCP) for her answer during the question and answer portion for the top three finalists.

Alan Tanjusay, TUCP’s spokesperson, said, “Pia’s leverage into the campaign against HIV and AIDS in the country is a morale booster to HIV/AIDS advocates and activists.

She comes into the issue at a time when the campaign is at all-time low because of appalling high growth of incidence and everyone seemed not to care anymore. Ms. Wurtzbach’s energy and vitality into the advocacy will radically change the equation.” 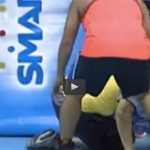 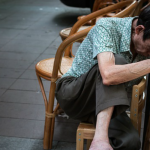