The National Aeronautics and Space Administration (NASA) has been closely monitoring an asteroid about 1.5 miles wide because of the damage it may bring on Christmas Eve.

Known as 2003 SD220, the huge space rock is set to skim past the Earth the day before Christmas with its traveling speed of 17.5 miles per second. Scientists say that if this asteroid hits our planet, it could wipe out an entire continent.

Another concern would be the result of its gravitational pull which could bring about earthquakes and volcanic eruptions.

The asteroid is reportedly one of the seventeen closely monitored and classified as “high priority” because of its proximity to the Earth and the threat it presents.

Scientists fear the 2003 SD220 could even be larger than estimated since some parts of it are hidden in the dark and can not be discerned using current technology. Aside from that, although it will miss Earth by 6.7 million miles, an effect known as the Yarkovsky drift could alter its orbit.

“In general, radar astrometry allows substantial improvement in the knowledge of asteroid trajectories, which is of particular interest for mission planning, resource exploitation, and impact assessment of potentially hazardous asteroids (PHAs), owing to its precision and its orthogonality to optical astrometry,” says a NASA report.

Furthermore, through their radar observations, NASA hopes to answer conspiracy theories regarding a mysterious Planet X, about four times the size of Jupiter, which will allegedly pass by the Earth before 2015 ends and can supposedly end life as we know it. 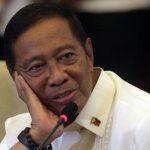 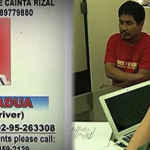