Inquirer reports that the survey was conducted from December 4 to 11, 2015 and involved 1,800 people who answered the survey nationwide. The results revealed that 33 percent of respondents would choose Binay over the other presidential candidates.

According to Pulse Asia, “If the May 2016 elections were held during the survey period, 33% of Filipinos would elect Vice-President Jejomar C. Binay as the country’s next president. Two candidates find themselves sharing second place-Davao City Mayor Rodrigo R. Duterte with 23 percent and Senator Grace S. Poe with 21%.”

Binay ranked highest in the poll among NCR respondents at 30%. He also gained 34% of the votes from Luzon and Visayas.

Of the votes from the Mindanao respondents, 43% were in favor of voting for Duterte as president.

For Class E, Binay retained his grip where 42% of the respondents were in favor of him for next year’s polls. He also got the highest votes from Class D with 30%.

Binay used to be the undisputed leader in presidential polls until corruption accusations caused his ratings to fall.

Third in rank is Senator Alan Peter Cayetano with 18% and the fourth is Camarines Sur representative Leni Robredo with 14%.  Senator Antonio Trillanes IV had four percent while Senator Gringo Honasan had nine percent.

On a final note, Pulse Asia said that “no religious, political, economic, or partisan group influenced any of these processes.” 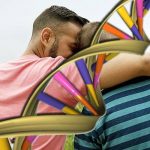 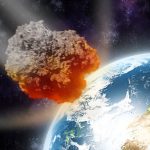