When Caiden Henson of Chesapeake, Virginia declared that he wanted to go as Frozen’s Queen Elsa for Halloween, his dad Paul first tried to give him other alternatives. Caiden, however, refused to budge. Realizing his son had made up his mind, 28-year-old Paul decided to allow him to go as Queen Elsa. But Caiden had another wish: that his dad go as Princess Anna, Queen Elsa’s sister.

So, the duo went shopping for the costumes and Paul posted a snapshot of Caiden wearing one of the Queen Elsa costumes inside what appears to be a fitting room inside the mall. The photo quickly went viral, with almost everyone praising Paul for allowing Caiden to make choices for himself.

These people were also not judgmental about Caiden’s choice of a female character for Halloween, saying clothes do not define a person. It helps, of course, that the post came with the caption, “…Halloween is about children pretending to be their favorite characters. Just so happens, this week his is a princess.”

Hundreds of blogs and news sites picked up the story. Paul and Caiden became a viral sensation overnight. Everyone was excited to see whether dad Paul would really go as Princess Anna and whether Caiden would not change his mind about the Queen Elsa costume. There was soon an updated photo of the pair taken on Halloween, with father and son decked out as Queen Elsa and Princess Anna.

Caiden had a different dress from the one he was wearing in the viral photo, but he looked happy all the same. The two wore knitted hats with braided yarn for hair attached to match their characters. 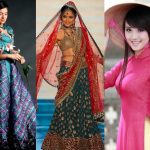 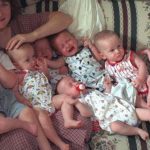