As Canadian Prime Minister Justin Trudeau faced members of the press last November 19 at the recently-concluded APEC (Asia Pacific Economic Cooperation) Summit, it seemed most of the Filipino public were curious to know his reaction to being labeled an “APEC Hottie.” He did get fielded this, as GMA News reporter Joseph Morong calls it, “fluffy” question, to which he answered with confidence and charm, smiling and heaping praises on the host country. But it seemed one veteran journalist wasn’t fazed by the Prime Minister’s boyish good looks.

ANC anchor Tina Monzon-Palma brought up an issue which even President Benigno Aquino III himself didn’t broach during his bilateral talks with Trudeau. Monzon-Palma asked the newly-elected Prime Minister what action he is taking regarding the trash dumped by a Canadian company on Philippine shores.

Trudeau clarified that he is aware of the issue and explained that a solution is currently being developed over on the Canadian side.

“But, at the same time,” the PM said, “I know that this has exposed a problem that needs fixing within our own legislation that we’re going to lean into and make sure happens.”

Monzon-Palma apparently found the answer a bit vague as she continued to press Trudeau as to what exact legislation was being done.

“Well, I think, going forward, we need to ensure that if a situation like this were to arise once again that the Canadian government has more power to actually demand action from the companies responsible,” Trudeau said. “I believe there are loopholes here that were allowed to be skirted that we need to make sure we close, both for Canada’s interest and for our good relationships with our neighbors.”

Two years later, the issue is yet to be resolved. In light of this, a few netizens praised Monzon-Palma for confronting Trudeau on the matter.

Still, Trudeau has his share of supporters and admirers. “Justin Trudeau is not only a handsome man but obviously smart, too.” Replied YouTube user Faith Who on the press conference video. “Nakakaasar lang yung iba na kung magsalita, akala mo napakatagal nang PM ni Trudeau eh ilang days ago palang siya na-claim [sic] na prime minister ng Canada, (It’s really annoying how some people talk, thinking he’s been a Prime Minister for a while now when Trudeau was proclaimed as Prime Minister of Canada only a few days ago,) why don’t just people let him show what he really got before judging him.”

Trudeau’s press conference can be viewed below. 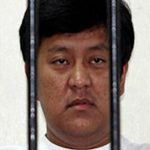 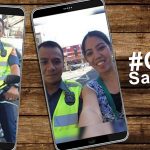