Let’s face it: every girl dreams of finding the perfect man. Naturally, there is no one description of the perfect man. Women have their own ideas of who the perfect guy would be. Sometimes, though, when a woman meets a guy, she starts thinking he must be “the one.”

You meet a guy who is well-mannered, studly, well-dressed, clean-shaven, and an attentive listener and you’re thinking you’ve hit the jackpot. But hold on to your horses. Could it really be possible that out of all the billions of men on the planet, you find someone who is a cut above all the rest?

When you get your head out of the clouds and you find yourself with a lot of doubts, it’s about time to think things over. Get back to reality and see things from an objective point of view. Ask yourself these five questions to see if you’ve really found the perfect guy:

1. Are you projecting your desires on him?

Sometimes, when a woman has been single for a long time or has been dating but can’t seem to find the right guy, she fools herself into thinking that Mr. Perfect has all the qualities she’s looking for in a partner—hence the reason why none of the others ever worked out. If you find yourself justifying, explaining, or compensating for things he does or says, that’s your first mistake.

2. Is he giving you too much attention too soon?

Who wouldn’t love an attentive man? Women dream of having a man who responds right away either through a call or a text message. Even better if he is armed with the right things to say. Keep on dreaming, girl. This isn’t really normal for any man. Ask a woman if she has met her true love and when she says “yes,” ask her if he’s on-call 24/7. You’re sure to get big N-O.

A man who’s truly interested in you will indeed make an effort to get to know you and like the things you like (even if he doesn’t) but not all the time. The truth is, in fact, if he’s too attentive or too “there” for you, it could be a sign that he has a hidden agenda or that he has personality issues of being to controlling or possessive.

3. Does he over communicate?

We’ve covered him responding to you ASAP, but what about him being the one who always has to keep you on the line? When you see a man texting you more than a couple of times a day, or calling you morning, noon, and night, that’s another red flag.

It’s very seldom that you find a man who always wants to talk on the phone or text (especially if you’ve just seen each other the day before). Controlling men use communication to keep tabs on you and monitor your whereabouts all day and all night. And when you suddenly don’t reply or answer, uh-oh. That could lead him to a whole world of paranoia and stalking.

4. Is there too much passion?

Some couples say make-up sex is way better than ordinary sex. After a steamy argument, there’s nothing better than to patch things up with some steamy sex, right? Well, no. Not all the time.

If you notice that this has become a routine for the two of you, you better think twice about staying in that relationship. This is a quick way to head down the wrong path and right into a mutually co-dependent dysfunctional love-hate relationship. Who knows? These fights could only get worse and worse. Do you really want to see him when he’s really angry?

5. Does he have “Wally Cleaver Syndrome?”

Wally Cleaver is a fictional character from the iconic American television sitcom Leave It to Beaver. He is portrayed as the perfect guy: intelligent, polite, trusted, popular, athletic, and well-liked.

If you’re dating someone who seems like he could do no wrong, you’d better do some sleuthing if you want to stay in the relationship just to make sure he doesn’t have any skeletons in his closet. Think about it, have you ever met somebody who is absolutely squeaky clean? Everybody has a bad habit or two, it’s nothing to be ashamed of. Everybody, even your dream guy, has a flaw. So if you don’t see anything in your new beau, there’s a very good chance he’s hiding something.

There is really no such thing as the “perfect man,” but there are good ones. You just have to take your time in getting to know them instead of putting your heart on the line right away. In all honesty, if this guy seems too good to be true, he probably is. 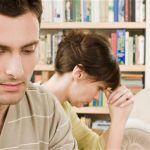 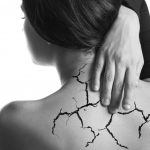