When you’re married and don’t have kids yet and you see all your social media friends flooding your newsfeed with pictures of their children, it’s sometimes hard to write a comment because more often than not, the response you’ll get is the question, “When are you having your own?”

Asking a couple why they don’t have them yet is considered a faux pas and, quite frankly, rude. It’s such a personal thing to ask. How would you like it if you were in their shoes?

Unfortunately, many do not see asking about a couple’s plans to have kids as inappropriate. The Dailypedia has compiled the 10 things you should avoid saying to childless couples.

Maybe they have, maybe they haven’t. It’s none of your business. The couple could simply not want kids yet or think they’re not ready for the responsibility. Some don’t have the means to care for or can’t afford to feed, clothe, and take care of another person. The couple could be facing infertility problems or perhaps have problems in bed. Is this something you really want to know every detail about?

It’s like telling the couple that a couple without kids is not considered a family. FYI: You cannot dictate who or what makes a family. A family doesn’t have to have kids to be considered whole. After all, couples will always their parents, siblings, cousins, and even that distant great aunt living on the other side of the world.

While it’s true that you have to experience actually raising kids before you can say you know how it feels, this is still a rude statement. It’s like implying the couple is totally ignorant of what parents go through. While they may not have experienced it as a whole, for sure the couple (or at least one of them) has experienced caring for someone. Don’t go around gloating that you know better just because you have kids and they don’t.

So if you’re not a mom, you can die? It’s true that children, especially babies, depend on their parents for everything. But that doesn’t mean no one depends on childless couples too.

5. “Being around kids must be like birth control for you!”

Kids can be—and almost always are—a handful. Parents sometimes label childless couples as not having the ability to soothe a colicky baby or pacify a crying toddler. In a survey, couples were asked if they were disillusioned by the “not-so-blissful” side of parenting. Most of them actually answered “no” and said the knew it was part of the package.

6. “Yeah, definitely have sex/enjoy your marriage now, because after kids, nothing is the same!”

For you maybe, but not for all couples. Some say marriage can make you age 10 years in an instant and those days of romance and roses are long gone. Not true. Many couples still manage to be just as in love as they were the first time they met and still find time to date and have great sex. Maybe it’s not the usual bar scenes but that doesn’t mean they old fogies. Even singles sometimes grow tired of non-stop partying.

Again with the belittling of someone’s experience. What could be tiring for you may not be tiring for someone else. It’s like sports. Someone who prefers swimming could get tired from running a marathon, but does that mean the swimmer is weak?How do you know the couple won’t be able to handle kids after a long day at work?

In perspective, there are some perks to being childless. Being able to spend more cash on yourself, being able to go to places not suitable for kids, and to sleep through the night (no diaper changes!). These are things that most parents miss when they have kids. But to tell someone their lucky they don’t have kids yet is (1) like you saying you’re regretting having children yourself and (2) like you’re implying the childless couple is shallow, lazy,  and selfish. Be careful in saying these statements. They’re not necessarily offensive but be sure you say them properly and at the right time.

9. “You just don’t understand what love is until you have kids!”

Now this is just a low blow. How dare anyone say you will never understand what love is until you have kids? So what is the couple then? Loveless? Love comes and is experienced in many forms. Just because a couple doesn’t have kids doesn’t mean they are not capable of finding out what true love is.

You’re not the creator of heaven and earth and most probably, you don’t have that crystal ball that can see the future. If you’re a parent, were you ever sure that you knew when you were going to have kids? Of course not. This is a question no one can ever answer. That’s just the way it is. To ask this of a childless couple is just plain ridiculous and–well, stupid. 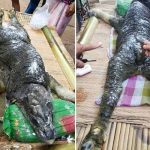 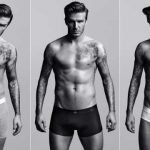