In a press conference held in Iloilo in 2010, Iloilo Vice Governor Rolex Sulpico and Rep. Ferjenel Biron alleged that Roxas was getting credit for their work.

According to Sulpico, he authored and filed the house version of the bill when he was still a representative for the 13th Congress. Now referred to as RA 9502 or Universally Accessible Cheaper and Quality Medicine Act of 2008, the law aims to reduce the maximum retail price of 22 essential medicines by up to 50%.

“The senator only filed Senate Bill 101 in the 14th Congress seeking parallel drug import which would have benefitted more the multinational companies,” they said.

Roxas, who claims to be the author and  “father” of Cheaper Medicine Act, was accused of using the this achievement in his campaign pitch.

Sulpico even alleged Roxas of “castrating” the law.

“(Roxas) castrated the cheaper medicines law by making price regulation optional, limiting the coverage to only 22 essential medicines and reducing the price by only 50 percent.

Sulpico added: “He (Roxas) killed the heart and soul of the bill I authored. How can he now say that he was the author of the cheaper medicine law when all he wanted was an amendment to the intellectual property law.”

Roxas and his camp have yet to respond to the accusation. 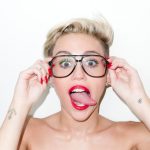 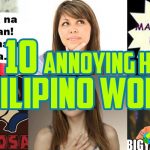