Many people are often bullied because of their physical flaws. Some even suffer from depression—but not Tiffany Posteraro.

Posteraro has a rare skin condition called Vitiligo, which  causes white patches on the skin due to a lack of melanin. Posteraro’s family used to think that the white patches were merely scars. However, when the patches began to cover most of her body, they then consulted a dermatologist who prescribed some medication. Unfortunately, the medication did not work for her.

By coincidence, they met a man in a grocery store with the same skin condition who educated them about Vitiligo.

It is common for vitiligo sufferers like Posteraro to be teased about their skin condition. She was often called “cow,” “dalmatian,” “ghost,” or “burn victim.” Some guys wouldn’t date her because of her skin condition. It was a dark time for her.

After years of being bullied, Posteraro decided to take action and stopped covering her body. She tattooed the phrase “It’s called Vitiligo” on her forearm, Posteraro says the tattoo has given her peace of mind and spared her from cruel comments. Now, people know what her skin condition is called when they see her tattoo. 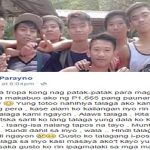 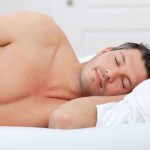