Netizen Ysabel Ontimare de Dios rode a rather unusual Toyota Tamaraw FX vehicle to SM Fairview in Quezon City. Ysabel was wary at first about riding the vehicle as it rather shabby and battered. Even worse, she said, was that door locks were not functioning properly As for the driver, Ysabel described him as someone in his 50s or 60s with a coarse voice.

Since it was rush hour and there was heavy traffic, Ysabel and her fellow passengers had to endure being squeezed in together. Ysabel noticed the way the driver had decorated his dashboard: not with the usual stuffed toys, action figures, biblical images, or figurines, but rather with books.

At first glance, the books looked like they were just there as decorations, but Ysabel soon came to realize it was actually a small library. The very first book she noticed, in fact, was Harper Lee’s To Kill A Mockingbird which looked like a vintage copy.

Ysabel asked him if he had read all the books. The driver replied yes, but said he had only begun reading To Kill A Mockingbird. When asked what his favorite book genres were, the driver replied he was fond of reading western, science fiction, crime, thriller pieces, and such. Ysabel was curious about his love for science fiction and was surprised to hear he was a fan of Isaac Asimov. (Isaac Asimov is an American author and professor of biochemistry at Boston University, best known for his works of science fiction and for his popular science books like I, Robot.) Ysabel was a fan of this author as well and when the driver found out she was into the Foundation series, he shared the entire story to her. In their conversation, she found out he was also a fan of Stephen King and Agatha Christie. The dashboard held books about the bible, a poker manual, and thrillers. He said he usually buys his books from Robinsons Novaliches and Cubao, wherever there are secondhand books on sale.

Aside from the books in his FX, the driver said he also had more books at home. Unfortunately, when Typhoon Ondoy (international name Ketsana) hit the Philippines in 2009, many of his older books were ruined.

After about 15 minutes, Ysabel’s stop was fast approaching which would soon end their conversation. The driver had  wanted to show her new books he had bought. Before she got off, though, Ysabel handed the driver her copy of The Foods of Jose Rizal by Felice Prudente Sta. Maria. She could see the excitement on the driver’s face.

As she walked away, Ysabel thought of their short but meaningful encounter. She realized that even though they were from different generations, they were brought together by their love for books.

Ysabel shared her story to show that reading can bridge generations and social status. It doesn’t matter the age, gender, or any other social classification, as long as people can share a love for books. 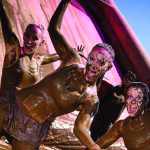 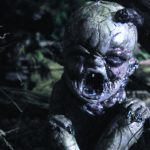