Netizen Mart Jimenez uploaded a video which showed a tanod alone in the barangay hall of Barangay 547 in Sampaloc, Manila.

In the video, a chair appeared to have moved twice on its own.

The CCTV footage was taken before midnight on October 19. According to reports, the barangay hall is used frequently as a venue for wakes. Could a wayward spirit be moving the chair?

In the screen grabs shown here, it seems apparent that the chair had moved. In the video, the tanod can be heard expressing his surprise to see the chair move towards him. Many netizens, however, were skeptical of the authenticity of the video. Some said this may simply be a ploy to get attention. Some string could have been tied around the legs of the chair and used to move it, something that would not be visible on CCTV because of the low resolution. 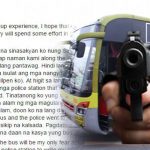 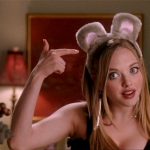