Did you know Halloween may be your chance to find the love of your life? Aside from the sheer fun of putting on a costume for Halloween, getting all dressed up can also help you catch someone’s eye. Dating website Zoosk conducted a survey to find out what costumes attracted the opposite sex more. With an abundance of characters to choose from, the results of the survey were very straightforward. When men were asked what costumes attracted them more, they said they preferred more revealing costumes. The survey showed that 71% of men would be more interested in getting to know a woman in a super sexy costume. (Take note on the “getting to know” part. These men aren’t just up for hook ups.) Five percent of the men, on the other hand, say they would approach a woman if she was wearing a scary costume.

The survey also found that 66% of single respondents think Halloween is a good time to find a date. This is the one time of the year you can be a little more daring than usual. According to the website YourTango, “The question of sexy versus skanky costumes is one that hits the news cycle every year, so to know that some good can come out of being scantily clad on Halloween should be a big ‘take that!’ to the haters.”

A very memorable line from the movie Mean Girls says, “Halloween is the one night a year when girls can dress like a total slut and no other girls can say anything about it.” Just don’t overdo it, though.

What should men wear, you ask? Well, women actually prefer men who dress up like funny and imaginative characters. About 50% of the women asked said they would be attracted to someone in an amusing costume. What could be the explanation for this? It’s probably because women can see the effort these men put into their costumes. Even if it’s just a simple red-and-white-striped top and jeans ala Where’s Waldo, there’s no denying that guy must have some imagination. Featured photo from chimes.biola.edu 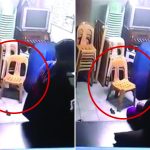 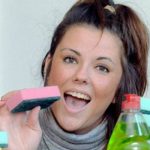