An extremely popular advertisement for a cosmetic surgery clinic has apparently turned a model’s life into a living hell.

Heidi Yeh, a well-known Taiwanese actress and model, is suing a talent agency and a cosmetic clinic for a widely circulated ad with the tagline: “The only thing you’ll ever have to worry about is how to tell the kids.”

The ad in question shows an image of a beautiful couple and their unattractive children. Apparently, the photo was altered in order to promote the services of Simple Beauty, a cosmetic clinic.

The eye-catching advertisement quickly spread like wildfire online and was soon used by other cosmetic clinics.

The ad became so controversial that Heilongjiang tabloid fabricated a story alleging Yeh of going under the knife to convince the good-looking man to marry her. The fake story claims that although Yeh was successful in tricking the handsome man to marry her, the physical appearance of their offsprings uncovered the ugly truth.

The story broke headlines and quickly captured the attention of netizens. While everyone had fun reading the amusing story, Yeh’s career turned sour. According to her, job offers started slowing down since the fake stories went viral.

Because of the loss of potential earnings, Yeh is suing J. Walter Thompson (JWT) talent agency and Simple Beauty cosmetic clinic for $155,000. Yeh emphasized that her contract indicated that the photo would only be used in print.

In their defense, the ad agency claimed that Yeh signed an agreement which entitles JWT absolute copyright to the image with the understanding that the photo could be manipulated according to the company’s preference.

JWT revealed it is prepared to file a countersuit against the Taiwanese model. 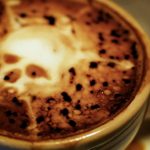 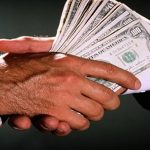