The shocking video of a young girl dangling outside a speeding car’s window in Saudi Arabia has been circulating online. The incident was caught on film by a startled motorist and the footage was later used by police to pinpoint the culprit—the child’s father—and finally arrest him.

According to the Mirror, the little girl’s dad was apprehended after he compromised the life of his daughter and of many other motorists along the road. Their vehicle was moving at 65mph when the incident happened which was witnessed by the people in the vehicle behind them.

The scene shocked the motorist behind this car after they saw the girl dangling from outside of the car window.

Furious citizens of the Gulf Kingdom asked the authorities to remove the girl from the family’s custody and deal with the father firmly. Police remained mum about the issue.

“I wonder if the girl thought this was fun or whether it was a punishment,” was the comment made by one online user.

Another one said,”If anybody wants to know why the road safety record in this country is so bad, they only need to look at this video.”

A closer look at the horrific scene.

Statistics shows that 6,458 people have been killed in a total of 485,931 traffic accidents in Saudi Arabia for this year, alone. That is a ratio of one fatality every 90 minutes in the country of 30 million residents.

Watch the shocking video below:

Whether or not the young girl and her dad were just having fun, it endangered not only their lives but also those who were on the road as well. Type your comments below. 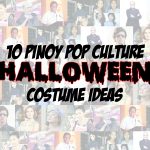 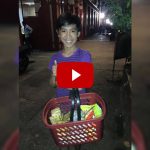