The latest issue of the Philippine Tatler is mired in intrigue and outrage, not because of the content, but because of who is on the cover. The Tatler’s “Fashion Issue” features Ilocos Governor Imee Marcos clad in a scarlet terno while seated and showing off her tanned and sculpted legs.

At age 60, the governor is seemingly being portrayed as an ageless beauty, as well as a fashion icon, by the magazine. The issue, as posted on their Facebook page, would feature her “thoughts on growing up in the shadow of her parents, supporting Philippine designers, and the wisdom that comes with turning (believe it or not) 60.”

But given her and her family’s role during a tumultuous period of the nation’s history, cries of disgust, outrage, and indignation were soon expressed on social media.

FB user Richelle Canto declares, “I will never read another Tatler again. Red is perfect for all the bloodstains on her hands – the blood of all those Filipinos whose sins were loving their country and standing up for their freedom. How apt that she be featured so publicly in the color of their blood, because it will never go away – no matter how much time has passed, and no matter how short some people’s memories are.”

Ms. Canto further accuses administrators of the Tatler’s page of deleting negative comments. “Also Tatler, you should take a hint and STOP DELETING OUR COMMENTS in the same fashion the Marcoses deleted so many innocent lives… The Filipino People refuse to be silenced. We have the right not to be. Shame on you.”

Other commenters agree about the alleged censorship. Winona Tagle-Velasquez said, “You are promoting the deletion of 20 effin’ years of Philippine history. #selectiveamnesia don’t even make this a censorship issue. It’s called decency, for the sake of the Trajanos and all the other victims of Martial Law and their families. Why didn’t you ask her about Archimedes Trajano, if you’re soooooooo concerned with the truth.”

“Sige lang (Go ahead) Philippine Prattler, keep deleting my comments and those of others, and we’ll just keep posting and reposting them. Knock yourselves out.” Said Jonathan Domingo before re-posting his opinion on the cover: “Skin as plastic as her surgery, and fake as her Photoshopped image. Gown as red as the blood of the human rights victims she and her family spilled during their reign of terror. An image Oscar Wilde would envy… Dorian Gray has nothing on her and her family. And you, Philippine Tatler, share in the ignominy of all this. Shame on you all.”

Some put their own spin on the imagery being projected, such as Marck Rimorin, who penned “The Crimson Stain,” a scathing critique of the cover published on his blog. Rimorin replied to the Tatler post: “So the red dress stands for the blood that ran down the mountain when they murdered Macliing Dulag? Or she’s barefoot because that’s how they found Lorena Barros? Or maybe because that’s how the children of the sakada walked the sugarcane fields, while 3,000 shoes (or 1,060, depending on whose story it is) were bought by (or for, depending on whose story it is) Imelda Marcos?” While others were quick to nitpick on the supposed Photoshop retouches and plastic surgery done on Marcos. “Philippine Tatler Editors: Have you sunk this low?” Susan Quimpo asked. “True beauty at 60 has nothing to do with a re-configured-with-plastic-surgery face and body. True beauty at 60 comes from a life well lived in the service of others.” 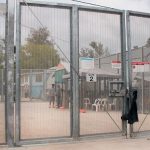 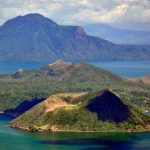