“We cannot change the cards we are dealt, just how we play the game.”

This is probably how Arnold Balais, a PWD (person with disability) athlete, deals with the challenges of living with only one leg.

At the age of 14,  Balais suffered a broken bone during a freak basketball accident. A year after being bed-ridden because of an infection, doctors decided to amputate his right leg to prevent the infection from spreading.

The devastating turn of events caused Balais to suffer from depression until he was fitted with an artificial leg at the University of Santo Tomas. Although the artificial leg helped him psychologically, Balais would still hide his fake leg by wearing long pants.

Balais was finally able to combat depression when he was offered a job as vocational coordinator for PWDs at the UST hospital.

Restoring His Confidence Through Sports

Inspired by his brother who worked as a gym trainer in the Middle East, Balais tried weight lifting at a local gym as his way to restore his confidence.

Eventually, Philippine powerlifter Monty Mendigoria discovered Balais and provided him with a body building program modified for his needs. During trainings, Balais would habitually take off his leg in order to be more mobile. According to him, it was easier to move without his artificial leg.

Balais represented the Philippine team in a Paralympics competition in the US in 1996, where he finished 12th among 24 athletes from all over the world.

After moving to Cebu, Balais challenged himself once again by getting into a new sport. This time, he concentrated on strengthening the weaker side of his body by swimming four hours a day. In 1999, he participated in the Philspada National Games and took home gold medals in swimming. His victory gave him the opportunity to represent the Philippine team in various competitions in the US, Malaysia, Australia, Thailand, Vietnam, and Korea.

In 2013, Balais did the unthinkable and became the first amputee to scale Mt. Apo, the highest mountain in the country. With the help of two assistants and two physical therapists, Balais conquered the peak which was 2,954 meters above sea level after two days.

(That’s one on my bucket list. The next one is still a secret for now. What’s important right now is that I have proven that even persons with disabilities can [do this]. That nothing is impossible.) 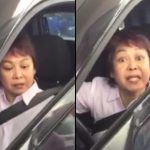 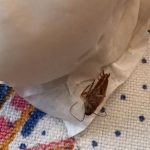