Heneral Luna, directed by Jerrold Tarog and starring John Arcilla, continues to generate rave reviews. Recently, it was announced that the film is the country’s official entry to the 2016 Oscars’ Foreign Language Film category. Film-goers have praised it for its breathtaking cinematography, emotionally-stirring plot and dialogue, and masterful acting. Critics and casual viewers alike are gushing over it, and apparently, you can now count the vice president as a fan.

Earlier today on his official Facebook page, Vice President Jejomar Binay revealed that he and daughter, Senator Nancy Binay, had just seen the film. He praised the cast and crew, expressing awe and admiration for their work.

Binay then ends post with a quote from the film: “Kung panaginip lamang ang umasa sa pag-unlad, managinip tayo hanggang kamatayan.” (If hoping for progress is but a dream, then let us all dream until death takes us.)

In just a matter of hours, the VP’s post already generated over 190 replies, over 4,000 likes, and over 60 shares and counting.

Some netizens immediately expressed outrage, noting the irony that a film which touches on patriotism and corruption in government is being praised by an official who himself is being accused of graft and corruption.

“Sus! Kung buhay ka ng mga panahong iyon, malamang tinawag ka na din niyang traydor! At pag lumabas ka sa kulungan, ARTIKULO UNO ka!!! (Jeez, If you were around at that time, he (Luna) would probably have called you a traitor, too! And when you come out of jail, you would have been slapped with an artikulo uno!)” Exclaimed FB user Jenny Santiago, “Ganda kasi nung pelikula—tungkol sa pagmamahal at pagsilbi ng tunay sa bansa. Nakikisakay ito, kala mo totoo! (It’s a beautiful film about love and honest service to the country, and he (Binay) is riding on it, pretending to be truthful!)”

Another user, Marl Boro, reacted with sarcasm “Binay, penge ng passes! Ung may nakalagay na pangalan mo ha! Ung tulad ng ginawa mo sa Candy at Rosary at Relief Pack. (Binay, give me passes to the movie! The ones with your name on it, like the candies and rosaries and relief packs that you hand out.)”

But, this being the VP’s official page, dozens of Binay’s fans chimed in their support.

Khim Tolentino, on the other hand, took the opportunity to make her wishes known. “Sana po kpg naging presidente ka po lahat n mbgyan ng mgandang trabaho at ipatupad po yung wlang height requirement at mdali nlang mkpasok (I hope that when you become president, you can give employment to everyone, and make it so that there are no height requirements and it’s easy to get the job.”)

User Salvador Rossi, Jr. seemingly answered the quote Binay got from the film. “Hindi namin kailangan managinip kung nasa tungkulin kayo ay gumawa ng tapat at di maka sarili (We don’t need to dream if you are in service and are doing your job honestly and unselfishly.),” he says. 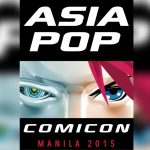 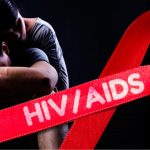