Back in June, the Free public Wi-Fi bill was passed in both the Senate and the Congress. Just wait a little more and your Wi-Fi troubles could soon be over.

With information and communications technology being the third top utility, next to power and water, and the third biggest source of income, after electronics and overseas Filipino workers remittances, it has actually become a need that Wi-Fi be made available to the public.

Officials, therefore, have created Senate Bill 2686 which will create a new executive department, the Department of Information and Communications Technology (DICT), that will establish free internet services in public schools, parks, libraries, national and local government offices, public hospitals and rural health units, airports, seaports, and LRT-MRT stations. In Congress, House Bill 5791 or the proposed Free Public Wi-Fi Act was approved and defended in plenary by the committee on information and communications technology.

Heading the research and development for this project is the the Department of Science and Technology (DOST). In his statement to the House Committee on Appropriations, DOST-Information and Communications Technology (ICT) Office Undersecretary Louis Napoleon Casambre said the free Wi-Fi program of the DOST is now 25% complete after it was launched last July. The office is confident it will reach 100% before the year ends.

Further, Casambre said the agency’s free Wi-Fi can be accessed through 7,118 sites nationwide across 967 municipalities and 43 cities. In particular, the target beneficiaries are class 4, 5, and 6 municipalities in the country.

Led by DOST-ICT, the Free Wi-Fi Internet Access in Public Places project was recently given a P3-billion upgrade (from the P324-million initial budget) from the Senate and will be a nationwide project.

The project received immense support as it was justified by studies from the World Bank studies which showed that for every 10% increase in broadband connectivity, there is a 1.38% increase in Gross Domestic Product (GDP). According Casambre, “any increase in Internet connectivity through Free Wi-Fi Internet Access in Public Places will jump start economic development by giving access to e-Commerce, e-Learning, and e-Government tools to beneficiaries.” These can increase incomes and push people’s economic status upwards across the nation, especially those living in the countryside. 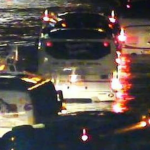 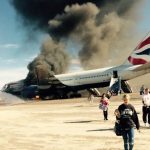