Keeping cool under pressure or simply apathetic? That is the question raised when British Airways Flight 2276 was rolling down the runway at McCarran International Airport in Las Vegas when its engine burst into flames. The plane, bound for London, had aboard 157 passengers, 3 pilots, and 10 cabin crew members, none of whom were seriously injured.

What struck the world, however, was how passengers had simply picked up their hand luggage and calmly walked across the runway. Not exactly the adrenaline-pumped action we’d expect in such an emergency.

Passengers could be seen walking away from the jet and waiting on the tarmac, some with their luggage in hand, as posted on social media. People streaming out of the plane were holding purses, flip-flops, stroller bags, and shoulder bags.

Many netizens were outraged by the actions of these passengers, saying they could have put lives at risk while retrieving all their belongings. Many even said that these passengers deserved to be sued for going against the rules and regulations of the Federal Aviation Administration (FAA) in the US, which imposes rules for flying. The FAA advises passengers listen to the airline staff and always leave carry-on items behind in the event of an emergency evacuation.

Taking bulky items when trying to escape or evacuate could be a hazard to oneself or to others. Mark Weiss, a former American Airlines pilot of 23 years, said, “Panic will always set in in situations like this, but if there’s fire and smoke, that air is very toxic… If you’re standing up to try and get something from an overhead bin or struggling to get it out from under a seat, you’re expending a lot of energy and using oxygen.”

Up until this emergency, the rule never seemed to be broken. One of the passengers, Jacob Steinberg, even said this was explained to them rather clearly and that he even remembers somebody saying so during the evacuation. It’s a wonder, therefore, why so many of the passengers managed to get all their belongings.

It seems like risking your life for a bag or two is a very unequal trade. What could have prompted passengers to take all their possessions before getting off the plane at the risk of their lives as well as others? Would you have done the same thing? 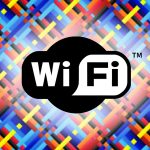 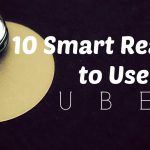