Menu
American Mindy Houser posted a heart-wrenching photo of the nursery in Bahay Sibol, San Jose del Monte City, Bulacan. Houser’s intention in posting the photo was not to lambast the orphanage, but rather to show the public and netizens the critical need to care for orphaned children, particularly the infants.
Bahay Sibol is known as the Home for Hope. Founded by Carl and Michelle Gormley as they were constantly faced with the ever growing need of the children in their city, the home was built to care for children who deserved to be loved.
Houser saw the nursery and saw the infants alone in their respective cribs.
“Think of how much attention you received during infancy,” she said. “Think of how many times loving arms were wrapped around your tiny body as you grew and developed and learned to trust. Think of your own babies or the babies within your family, how frequently they are/were cradled and talked to and adored. Maybe you didn’t have a perfect childhood, but you still stand at a vast advantage if you grew up within a family.”
Houser commended the founders and owners, the financial donors, the caregivers, the employees, and the volunteers at this orphanage. She posted the photo not to criticize, but rather to show the public the critical need not just for financial support, but the immeasurable act of loving.

She believed that many homes must have room for another child, baby or not. She called on Filipinos and fellow American residing in the country to consider foster care and adoption and supporting Bahay Sibol.

“Just think of what a beautiful picture this would be,” said Houser, “if every single crib were empty. If all the babies were held tightly in the arms of Daddies and Mommies. (Or just a Mommy! Marriage is not a requirement to foster or adopt.)”

For those willing to help out or are curious about Bahay Sibol, they are located along Himpot Road, Dulong Bayan, San Jose del Monte, Bulacan and can be reached at (0922) 218-7747 and Email: [email protected] Houser herself can be contacted at (0932) 204-8926 and [email protected] 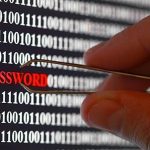 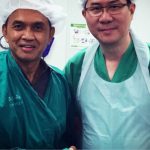