Thai doctors had to surgically remove a diamond worth 10 million baht or US$278,000 lodged in a Chinese woman’s intestine after she swallowed it in an attempt to escape Thailand with it undetected.

After requesting for a close inspection of the 6-carat diamond at the 56th Bangkok Gems and Jewelry Fair, Jiang Xulian and her male companion stole the gemstone by switching the diamond with a fake one.

She and her male companion were caught at the Suvarnabhumi International Airport after an X-ray scan revealed the missing diamond.

Initially, Jiang was given laxatives to release the diamond. But after three days, doctors opted to have it surgically removed with the help of a colonoscope.

“It took 12 minutes to extract it,” Anchulee Theerawongpaisal, spokeswoman of the Police General Hospital said.

“It’s a normal surgical procedure except this time there was a 10-million baht diamond involved,” Theerawongpaisal added.

Jiang and her male companion are being detained on a charge of theft. They could possibly serve a three-year jail sentence and pay a fine if convicted. 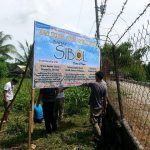 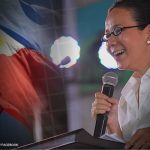