“ABS-CBN News expresses its sincerest apologies to the students of UP Los Baños for the errors committed by ABS-CBNnews.com in 2 articles about the forum of UP Los Baños students with Vice President Jejomar Binay last September 15,” ABS-CBN network said in a statement.

The media network released the statement after UPLB University Student Council’s (USC) open letter to ABS-CBN went viral on Saturday, September 19. In its open letter, the Student Council enumerated the mistakes committed by the network and demanded for an apology for the errors.

The USC stressed that a certain post from the Facebook page ABS-CBNNews.com accused UPLB students of shouting “trapo” or traditional politicians before VP Binay began delivering his speech.

“The students were not chanting ‘trapo’ as what ABS-CBN purportedly heard, but ‘Sample!’ before VP Binay started his speech. There was an intermission number by some faculty members of DSS (Department of Social Sciences) before VP Binay’s speech, thus the chanting,” the USC explained.

According to ABS-CBN, one of their writers misheard the word “sample” as trapo, which is perceived as a negative trait of politicians.

Moreover, the media network claimed that they immediately corrected the error after being notified about it on September 16.

“We will be taking disciplinary steps against those responsible for this oversight,” the news agency said.

Another news article published by the media network on Thursday, September 17 titled “VP Binay felt disrespected at UPLB forum” caught the ire of the students. This title was later changed to “VP Binay: I enjoyed UPLB forum.”

In its statement, the USC said, “Besides the inconsistency of the news article’s title, the article itself contained one anomalous statement, which was already edited, accusing UPLB Students again of shouting ‘trapo.’”

The USC used the hashtag #ABSCBNSaySorrytoUPLB which amassed 20,700 tweets as of 4 pm on Saturday, September 19. 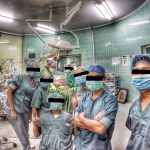 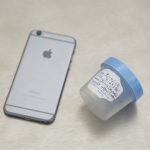