On August 17, 2015, a netizen named April Alcaraz posted a video showing thieves stealing her bag while she was dining in Mang Inasal at Robinson’s Premier Mall in Silang, Cavite.

A man wearing a blue shirt and a woman wearing a white shirt with a backpack can be seen standing behind the victim who placed her bag behind her in her seat. The man pretended to be calling someone on his mobile phone and then he pulled the bag from the chair onto the floor. He then kicked it towards the woman who picked it up and promptly left the restaurant.

The whole incident was captured on CCTV. Unfortunately, the incident happened without anyone noticing the petty crime. The restaurant crew were busy at the time to take notice of the suspicious couple, and the restaurant did not have a security guard as well.

On a final note, April asks the public to help her identify the suspects in order to prevent them from victimizing others. 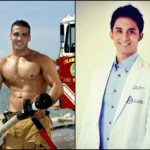 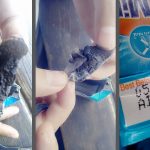