Hong Kong. In an attempt to make his proposal very memorable for his girlfriend, Victor Tang spent a whopping HK$400,000 (USD51,605.91) to pop the big question.

Because Stephanie Cheung, 30, does not like typical proposals, the 37-year-old guy meticulously planned for months how, when, and where it will happen.

According to South China Morning Post, Tang spent half the amount on a 1.5-carat diamond engagement ring.

Then, he rented a luxurious top-floor suite at the Ritz-Carlton in West Kowloon, overlooking Victoria Harbour, for HK$26,000. This was followed by a HK$150,000 helicopter flight that will fly past the hotel with a huge banner showing, “I love you! Stephanie BB, will you marry me?”

To capture every detail of the proposal, Tang even hired a video crew to film the whole thing for HK$15,000.

“She doesn’t like typical proposals,” he said about his girlfriend of just over one year, adding that, “She’s shy so she wanted something more private, but something dramatic, exciting, not traditional.”

So, did Cheung say yes? Of course!

Teary-eyed, she told the South China Morning Post, “I’m so surprised, I didn’t expect that it would happen today because before, I always chased him to propose but he just said, ‘Maybe November or December’ so this was totally beyond my expectations.”

As for Tang, who works for Hutchison Global Communications, he admited that he is not a rich man but he knows how to handle his money.

“Some people will say it’s crazy to do this,” he said, but explained how his girlfriend did not ask for a big house or a high-class car. “She doesn’t always buy shoes or dresses or asks to go to fancy restaurants. But she wanted a memorable wedding proposal.” 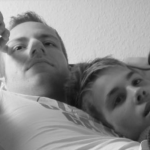 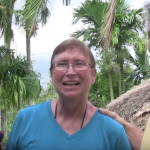