Do gay love stories flourish? Is there really a sweet story we can make out of male friends turning into lovers? How do you perceive gay relationships?

Today’s story is about two friends who spontaneously hooked up one summer night. They have been friends since they were 14, hang out almost every night until that one night that changed their lives forever.

A 19-year-old college guy named Confused boy on Reddit shared how he and Danny have been friends since high school and were part of a group of boys who would usually hang out like most high school teenagers do. Their story started out as how heterosexual relationships start out: as friends. They both thought hey were straight and do what usual male friends do together: hang-out, play CS: GO, and the usual teenage stuff. Until one summer night of just a usual hanging out and this happened:

“Last night we were watching some shitty movie, or really more like just talking with the movie on in the background and there was an adult scene. I asked him if he managed to get laid at all at college, and he said no. I admitted that I hadn’t either. We started to talk about sex a little. I could feel myself getting excited but I didn’t really understand why. The conversation kept up to the point where I said something along the lines of “I would really love to know what it feels like to have somebody suck my ****.” He said “what if…” and then blushed. One thing led to another and next thing I know he’s blowing me. I felt weird and conflicted about it but it was so good. It was like my mind switched gears in the middle of it and all of a sudden I was so turned on by him. When he finished me I asked him to let me return the favor. Afterwards we kissed, and then he awkwardly said that he should leave and went home.”

Danny does not return his text

The day after their experience, Confused boy texted “Hey” to Danny to which the latter did not respond to. Thoughts rushed again as Confused boy became more anxious. He had so many questions in mind so he posted his story on a forum in Reddit as he waited for Danny’s text.

Danny texts that he will come over

“When Danny showed up we were both really nervous and awkward at first. I was really scared to say anything, but I broke the tension by telling him how much I had enjoyed the night before. He broke out into a huge grin and turned bright red, lit up like a christmas tree. He told me he was so relieved, and that he had been obsessing over it all night worried for the same reasons I had been.”

“Anyway I told him that first and foremost I valued our friendship and wanted to stay friends whatever happened between us. He agreed strongly. He asked me if I was okay with working out our feelings together (read: having sex until we figure out how we feel) and I told him yes. After all this heavy conversation we decided to play some CS:GO together like we usually do but we ended up in bed together instead. Afterwards we talked some more and discussed the possibility of a relationship. He said he feels like we know each other well enough that he wouldn’t feel like we were rushing in, and I agreed with him. He asked me to be his boyfriend, and I said yes! I’m so happy about it, too! I’ve never felt so attracted to anyone before.” 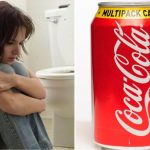 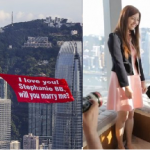