An investigative report by Rappler revealed that Senator Ralph Recto has no Master’s degree as indicated in his bio-data on the Senate website.

When asked to comment on Rappler’s findings, Recto apologized for the errors claiming he did not verify his bio-data. According to Recto, he was still a congressman (1992-2001) the last time he checked his bio-data. Recto asked his staff to make the necessary corrections.

Based on Recto’s claim, it was his first time to check his bio-data after serving as a Senator for 11 years.

“I plead guilty and I take full responsibility. There was no intention to misrepresent. I’m sorry,” Recto told Rappler.

After conducting a fact-check on Recto’s educational background, Rappler discovered that the Senator did not finish both his postgraduate studies.

On the other hand, Recto earned a Certificate in Business Economics or CBE from the University of Asia and the Pacific after finishing an 11-month course. UA&P corporate communications office head Chichi Fajardo Robles revealed that Recto wanted to proceed “MA in business economics [also part of the SBEP] by writing a thesis.” Unfortunately, Recto was not able to complete the requirement.

Unless someone files a complaint, the Senate ethics committee will not investigate ethical violations such as making false claims. 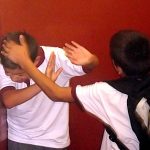 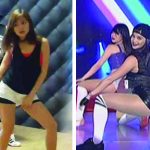