Netizen Erick Guzman Villarmino shared the story of Leoncio “Boy” Sison whom he found wandering around on Ayala near EDSA. Villarmino met Sison by a Family Mart store when Villarmino was on his way home to Novaliches. Sison had asked him if he could ride with him to Quezon City. Thinking he was lost, Villarmino agreed. As they spoke during the bus ride, Sison confirmed that he had been going around trying to find his way in Makati.

Villarmino brought him to Novaliches’ Police Station 4 to be under the care of Police Officer Glen Coscorte. Sison seemed disoriented and forgetful. He was only able to provide the names of his children Belen, Diana, and Sheila/Sheena Sison.

For his part, Villarmino took photos of the old man and his identification cards to help spread the word faster. He left Sison at the Police station and posted his story on Facebook in hopes that it may reach his family.

For anyone who may have information that may lead Sison to his family, they may call Quezon City’s Police Station 4 at (02)936-3625. 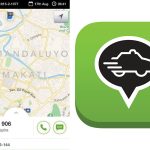 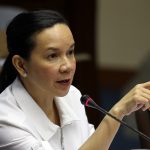