Curry Shop Shimizu opened its doors this month, offering hungry Tokyoites a place to wine and dine. Although, maybe patrons won’t be so hungry once they find out what the house specialty is. The newly-opened curry shop specializes in poop-flavored curry.

Yes, you read that right. But just to be clear, the curry doesn’t actually contain excrement, just normal, edible ingredients like green tea, bitter gourd, and cocoa powder. Combined and cooked though, it supposedly results in a dish that looks and tastes like real poop.

And to better drive the illusion home, the caca curry is served in a porcelain bowl that resembles a bed pan. Yum!

So far, initial restaurant reviews fail to state if the dish does taste like the real thing. But we’ll take the chef’s word for it. You see, executive chef Ken Shimizu, before he dabbled into cooking, once dabbled with over 7,500 women, including geriatric ladies.

After the shoot, he reportedly got so sick that he was hooked up to an IV and had to shell out more in hospital bills than what he actually got paid for doing the flick. But apparently the experience, and the taste, stuck with him.

So yeah, if Chef Shimiken says his curry tastes like poop, he’s speaking from experience. 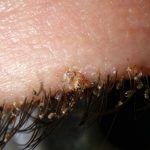 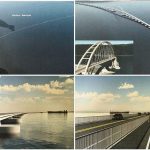