Recently, online news sites and social media accounts have been filled with news that Kris Aquino had insulted former Japanese adult film star Maria Ozawa by asking how many men the latter has been with. This was apparently in response to Maria being asked if she was open to dating President Noynoy Aquino and her replying in the affirmative. Kris has since denied she ever said anything about Maria.

What many do not know is that the news of Kris’s insulting Maria is purely fictional, a piece that originally appeared on the news satire site Manila Link. Now another chapter has been added to the story with Ozawa answering Aquino’s question with, “Not more than you,” in a supposedly “exclusive” (and again satirical) interview. The post is now up on the Manila Link website.

However, when The Dailypedia tried to check the website, the antivirus software issued a warning that the said website was unsafe and had malware and viruses.

Fans and netizens who click on the link may unknowingly have viruses downloaded onto their PCs and devices. The Dailypedia advises netizens to be careful about checking the satire site. While you might be enjoying reading the satirical article, you computer might be infected with a virus and affect your files and private information. 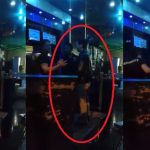 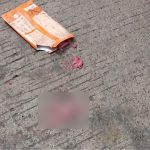