Clothing giant Bench seems to have a knack for coming up with controversial ads.  In February, netizens expressed their sentiments over Bench’s billboard where the clasped hands of a gay couple was blacked out. While some speculated that vandals were to blame, turns out that Bench had taken it upon themselves to black out the hands in anticipation of the ad board’s possible reaction.

Read: Was the Gay Couple Controversy Actually Faked by Bench to Create a Buzz?

This time, Bench faces plagiarism raps after it used the artwork of a third year UP Fine Arts student for its Love Local campaign, which an in-house Bench visual merchandizer claimed to be his original work. Glenford Lumbao complained on Facebook about how he felt he was “robbed” by the big fashion label. He posted his rants over a photo of Bench’s display window which featured his Letras y Figuras: ABaKalsaDa Letters of the Street, his artwork showcasing people forming the letters of the alphabet while clad in local attire with native props. Lumbao actually did the artwork for a project in Visual Design 1 class, and then posted it on Behance, an online platform for artists.  He said he felt violated and disrespected. He captioned the photo he took at a Bench Glorietta window display on June 25, “Bakit A to F Lang? Dapat nilahat niyo na. (Why use A-F only? You should’ve used all of it.)”

When Bench learned about the post, its Legal team tried to reach Lumbao on June 27, to amicably settle the issue and apologize, reports Coconuts Manila.

“Madalas po silang tumatawag at mag-text. (They call and text me.)  They said sorry about the incident tapos gusto nila makipag-meet to settle things privately.”

Bench PR Jojo Liamzon and Legal Supervisor Rachelle Posadas confirmed with Coconuts Manila that Bench, through Posadas, was trying to reach out to Lumbao. They scheduled a meeting on June 29 but the Fine Arts student was a no-show. Lumbao’s professor advised the latter to seek for advice from a legal counsel before meeting with Bench representatives. He stressed that what the company did was plagiarism.

Bench asserted they do not ignore plagiarism. Said Liamzon, “When you hire somebody, an artist or a writer, you expect them to churn in original work, without having to check and recheck.” Posadas emphasized their employees attend seminars and lectures and plagiarism is always part of that, so they expect them to always provide only original work.

Their in-house artist admitted to the misdeed, and has then resigned. Living up to their vision that they do not disregard plagiarism, they accepted his resignation.

Their only concern at the moment is Lumbao, who has remained silent in spite of their efforts to reach out to him.

Reiterating they’ve learned from the billboard incident before, Liamzon said (they) “are willing to compensate and settle the matter fairly.” 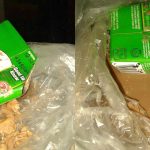 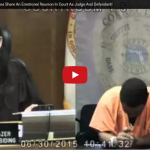