“There is nothing permanent except change.”

This quote from Heraclitus is especially suitable to Arthur Booth, 49, who was arrested by Hialeah Police on Monday, June 29, after several charges were pressed against him. Burglary, grand theft, fleeing, and resisting arrest raps were filed as he stood trial before Judge Mindy Glazer, Thursday, June 2, in a Miami-Dade bond court.

According to NBC, the presiding judge, who happened to be Booth’s Middle school classmate, recognized him and fondly recalled how the latter was the nicest, the best kid in Nautilus Middle School. Upon realizing who she was, Booth blurted out with a smile, “Oh my goodness, oh my goodness..” He soon broke down crying.

Glazer said, “I’m sorry to see you there, I always wondered what happened to you, sir.

Says Booth’s cousin, Melissa Miller, he had a good life ahead of him. He was a scholar in Middle School, an athlete and bilingual, reports Local10.com. But drugs took over his life and he walked down the wrong path.

“I am so sorry to see you there. Mr. Booth, I hope you are able to change your ways, good luck to you,” Glazer said, probably trying to encourage her old Middle school classmate whom she admired.

“What’s sad is how old we’ve become. Good luck to you, sir. I hope you are able to come out of this okay and just lead a lawful life.”

Booth was in tears, possibly due to remorse and shame.

But despite the crimes he has committed and becoming a  “bad guy,” Miller said Booth remained a good father and grandpa. The reunion should have made an impact on his life. 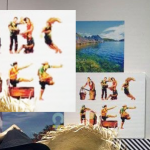 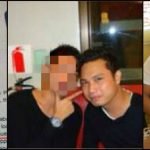