It turns out that the boy, a Salt Lake City native, loves to read. He can’t exactly afford books, so he turns to the only materials available to him: advertisements. But Flores’s thirst for the written word is not easily sated, so he approached the mailman for junk mail, something that people throw straight to the trash anyway.

When asked why he just doesn’t visit the local library, Flores told Lynch that the family doesn’t have a car, nor does he have enough money to ride a bus to get to the library.

Touched by the boy’s story, and remembering how he himself received dozens of books as a child, Lynch promised to help. He also turned to his Facebook friends to lend a helping hand.

“Today while delivering mail to his apartment complex, I saw him reading ads, and then he asked me if I had any extra mail he could read. He told me his wish is to have books to read,” Lynch wrote on his Facebook post about Flores, “So… let’s get this 12 year old some books! Let’s help him…. Most kids his age want electronics! It’s great to see his desire, and you should have seen him beam when I said I could help!”

And help, they did. Lynch’s post went viral. Pretty soon, boxes upon boxes of books arrived at the 12-year-old’s doorstep. In an interview with the local news channel, Lynch confessed that he thought his request would net only about 50-60 books. But so far, hundreds of books have arrived from around the world, including from Australia, India, and the UK.

“I thought they were mistaken, but they were for me.” An ecstatic Flores told Deseret News. He further promises to read every book, and that he can’t wait to share them with other kids. 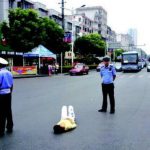 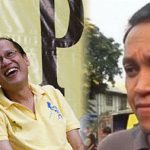