Reyes said the yellow trolls wanted to steer the public’s attention away from PNoy’s failed promises. In the blog “Eh ba’t kayo nagra-rally kay Binay”, Reyes stated that BAYAN already made their position clear about Binay’s unexplained wealth. Reyes also reiterated that allegations against Binay cannot cover up the “bigger” crimes of PNoy.

Reyes said in his blog, “No amount of Yellow trolling can cover up the fact that Aquino remains the number one protector and beneficiary of the corrupt social system– from billions in presidential pork and lump-sum appropriations, questionable PPP deals, illegal DAP, the problematic CCT, the hidden PDAF, favors to his KKK, impeachment bribery, turning a blind eye to his cabinet officials involved in scams and so on. The national budget is rigged to favor the incumbent in the 2016 elections. Aquino also repeatedly lied to the public in relation to Purisima’s involvement in the Mamasapano incident. According to a Senate report, he was ultimately responsible for Mamasapano.”

Although BAYAN is firm in their stand that Binay owes the public an explanation regarding allegations of corruption, Reyes said that government institutions are going after Binay. He further mentioned that these institutions (the Ombudsman, Senate, AMLC, DOJ, DILG and PNP) are merely protecting PNoy.

On a final note, Reyes said that activists are focusing on PNoy since he is the main representative of the current system, who is ultimately accountable. “The Yellow trolls who love pretending to be unaligned or neutral should also be asked why, despite the numerous evidence of Aquino’s misdeeds, they still frantically cling to the discredited ‘daang matuwid,’” Reyes said. 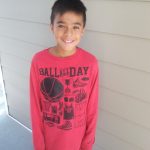 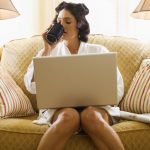