A lot of youngsters seem to get fixated on their mobile phones and get hooked on different applications. It’s fine when used in moderation, but when they are too consumed with using their gadgets to the point of getting into accidents, it starts to get troublesome.

Read: Woman gets leg stuck in drain because she was too busy playing on her phone

In Bangkok, a student, who was so preoccupied with using her smartphone, fell onto the railway in front of an approaching train at BTS Krung Thonburi this morning, June 25.

According to Coconuts Bangkok, the train had to do an emergency stop after the guards noticed a girl trying to climb out from the tracks. The scene created hysteria in horrified commuters. One witness said the teen was so busy fiddling with her phone that she walked straight towards the tracks and fell.

Fortunately, the girl didn’t obtain major injuries from the fall – aside from a fractured arm, as Skytrain staff performed first aid on her. As for her iPhone, a photo of it lying on the side tracks was captured by a passenger. 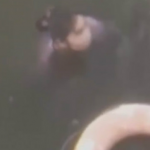 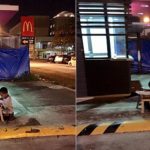