Converted Muslim action star Robin Padilla urged congress to pass the proposed Bangsamoro Basic Law (BBL), now called the proposed Basic Law for the Bangsamoro Autonomous Region, on his personal visit to the House of Representatives last June 1, Monday.  Padilla, who was wearing a red long-sleeved shirt with an imprint of Pope Francis’s face in front of the shirt and Sen. Allan Peter Cayetano’s at the back, thanked lawmakers who passed the bill and called on the others to do the same.

On the back of his shirt, the words “The Holy Father of the Catholic Church supports the BBL. Are you taking the side of the Pope or the side of this politician?” were inscribed on top of Sen. Cayetano’s picture. “Mas maraming teroristang Kristyano (There are more Christian terrorists)“, was also added at the bottom.

Padilla admitted that he himself had doubts about the law when it was first introduced, but after his inquiries were answered by the government peace panel, he realized the whole country can benefit from it. While he understands that not all legislators would agree to the bill, he emphasized Pope Francis’s support on the peace process.

“Kahit ito’y usaping Muslim, ito’y suportado ng Simbahang Katolika. Wala na tayong mahihiling pa (It is a Muslim issue, but the Catholic church supported it. What more can we ask for?)”, he said. 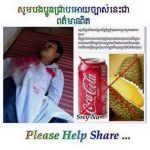 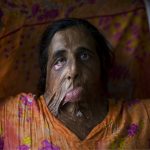