Is it dangerous to drink Coke after eating lots of durian?

Recently, a Facebook post made by netizen Kim-Siang Ng warning people about the deadly mix of durian and Coke went viral on social media. According to Ng, a 28-year-old Chinese tourist who travelled to Thailand suddenly died after eating lots of durian and drinking a can of coke afterwards.

Reportedly, Thailand issued a warning not to drink Coke within eight hours after eating excessive amounts of durian.

The reported lethal combination of Coke and durian has not been scientifically established. Thus, there is no science that will back up the claims of Ng regarding the dangers of consuming excessive amounts durian and drinking soda afterwards.

In order to prove that it is 100% safe, YouTube user Durian Khanh posted a video to bust this myth.

See it to believe it

In addition, several reports claiming the deadly effect of eating durian and drinking alcohol also circulated online. But a previous study made by John Maninang and Hiroshi Gemma from the University of Tsukuba in Japan revealed that durian’s high sulfur content just impaired alcohol breakdown. In their experiment, they found that durian extract inhibited aldehyde dehydrogenase activity by up to 70%. Aldehyde dehydrogenase is an enzyme responsible for the breakdown of alcohol in our body.

Still, eating lots of durian and drinking soda will not kill you. It may only cause indigestion, bloating, and discomfort since the liver needs to exert more effort in metabolising fats and sugar from the soda and durian. 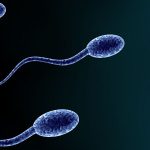 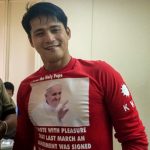