Banking on the good will of kind-hearted strangers, a German beggar identified as Benjamin Holst has been soliciting money from people who take pity on him because of his physical condition. He has abnormally swollen legs which are caused by a rare form of gigantism called macrodystrophia lipomatosa.

The man is currently enjoying the party life in Angeles City, Pampanga after he was kicked out from Thailand after scamming a local charity that helps German citizens.

In Thailand, he was seen begging in the streets of Bangkok and Pattaya. Deutscher Hilfsverein Thailand gave him free lodging and provided him THB50,000 (Php66,800) for a flight back to Germany, but after receiving the money, he did not buy a plane ticket home. Instead, he went to Pattaya – and even had the gall to post photos of his partying ways (including with bar girls) on his Facebook page

According to Kicker Daily News, local drivers attested to the fact that Holst asked them to buy alcohol and bring prostitutes to his hotel room in exchange for money.

For his actions, he was kicked out from Thailand, reports Coconuts Manila. According to the report, he was also previously seen begging in the streets of Denmark before posting photos proving he is now in the Philippines.

It appears that Holst is on a world tour. It is not known why he left Denmark for the Philippines, but his current stay in Angeles City is raising a few eyebrows after he posted photos of more bar girls and a hotel room with a Jacuzzi (such rooms cost significantly more than the regular ones). Apparently, he is back to his partying ways.

It also appears in a Facebook post that he is asking for more donations so he can buy tickets from Angeles City to Germany.

This con man is using money from kind-hearted strangers to fund his luxurious lifestyle. As suggested by some netizens, he should be thrown out of the country as well or put in jail to put a stop to his begging world tour. 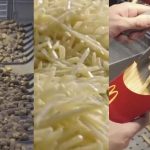 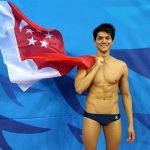