But what exactly is racism? Racism by definition in Socioloy, is the belief that races have distinctive cultural characteristics determined by hereditary factors and that this endows some races with an intrinsic superiority over others, or in layman’s term, discrimination or prejudice based on race.

According to Xiao Chua, a historian and lecturer at the De La Salle University, we should admit that Filipinos are racist too. ‘We make maligning comments about other people that are very detrimental and spiteful. Filipinos should scrutinize themselves’, he added, ‘coming out clean when in reality we also make racist comments just like the others’. Sometimes we utter remarks we thought were just a piece of our mind, but didn’t know it was racist. We discriminate, make fun, and judge people which make us a racist even more. But what is more derogatory than racial comments made against fellow Filipinos, or worse (no less than) against ourselves?

Chua believes that pride should be associated with love, and Filipinos, in order to be truly proud of its culture should start by knowing more about its history. The way to be proud of your identity as a Filipino is to learn your root.  He explained Filipinos suffer from identity crisis because of the years we were colonized. Unlike other Asian neighboring countries (Thailand he cited in particular) with strong identity of their country. This identity crisis is also a result of years of reading Philippine history through the perspective of Westerners, who do not fully understand Filipino culture. We tend to believe we’re not good enough because this is what the historical accounts say about us. This contributes to our being a racist. Since we think we’re no match to other superior countries, we discriminate people we think inferior to us. Even these people are our own.

Chua emphasized that Filipinos tend to be very “hard on ourselves”. We say words worse than the ‘pignoy’ that the Thai expat labelled us. “Filipinos should know how to project a positive image of the country despite its imperfection”, he added. It is by how we project our culture. Other countries may also be imperfect but they know how to project their country, and that is why they are admired.

We should be proud about our country, its culture, and our roots. If people see that we value our history and culture, who would even dare to say anything against us? And no Filipino would ever question or mock his fellow Filipino if he patronizes his own country, his roots, to the core. 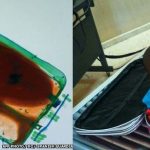 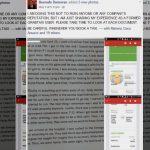