Filipinos are known to be very hospitable, warm, and friendly aside from being resilient and generally happy-go-lucky. But congenial as Pinoys may be, they do not tolerate those who insult them or the country, especially if the offender is a foreigner living and working in the Philippines.

A Thai employee at Cognizant Philippines, a company involved in information technology, consulting, and business process outsourcing services, seems to have a deep-seated dislike for the country and its people. Kosin Prasertsri, a.k.a. Koko Narak, 32, has been spreading hateful comments about the Philippines and has been bashing Filipinos around him.

Read his rants which he posted on the ASEAN COMMUNITY page, intentionally showing to other nationalities how he criticizes and insults Filipinos. See below screengrabs from kinsleytuy:

Koko Insult No. 1: He says Filipinos are only capable of becoming “maids and toilet lickers.”

Koko Insult No. 4: He says Jollibee is ‘stupid taste food’

Koko not only branded Filipinos as “Pignoys,” he says that they are only good as maids and toilet lickers. He also calls Filipinos “stupid creatures” who are disgusting like cockroaches.  Even Jollibee and Pinoy doctors weren’t spared from the mockery. He even tagged Pinoys as “low-class slum slaves.” With all these insults and such hate for all things Pinoy, why is he still here in the first place?

While the said racist did not mention where the hatred is coming from, he apparently has no qualms about sharing it.

He also apparently doesn’t care if his bosses find out about his racist remarks.

NOTE: People have posted complaints about Narak’s comments on his company’s Facebook page. The company has replied, saying that their legal counsel is already looking into the matter. Meanwhile, angry netizens have also posted their complaints on the company’s head office page as well. 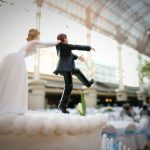 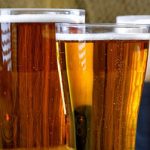