Mayor Rodrigo “Rody” Duterte is one of the most popular presidential candidate for 2016. With Davao City’s achievements and with the national problems arising, many people are hoping that Duterte would run for president. Duterte has always been consistent in saying that he will not run for any national position, but will instead retire from politics.

However, in a recent blog from Mugstoria, a leaked video was featured which showed Duterte and Davao City’s achievements. The video showed Duterte on a motorcycle mingling with Davaoenos, showing how progressive the city is. It also highlighted that Davao City is the ninth safest place in the world. But, what was striking in the video was Duterte’s line saying,

[The entire Philippines could be like (Davao City). We just need courage and compassion.]

Is Duterte finally throwing his hat in the presidential ring?

Watch the video here and leave a comment on what you think this video is for: 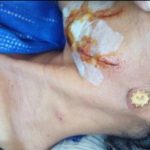 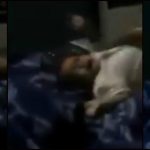