Are you one of the millions of players addicted to Clash of Clans (CoC)? Do you spend most of your time playing this popular strategy game rather than doing something more productive?

Clash of Clans or CoC is an online video game where players build villages, strengthen troops, and  raid and destroy other villages to ravage their resources. CoC has become so popularly addictive that an estimated 8.5 million people are playing it on a daily basis.

Experts say online games such as CoC are considered addictive, just like gambling, cigarettes, and alcohol. They have adverse effects on the players’ health and on their relationships with loved ones.

Let’s take the case of Joy, who recently broke up with her boyfriend of six years because of CoC.  In her interview with GMA’s 24 Oras, Joy revealed her partner got too addicted to the online game that he couldn’t do anything more productive than play CoC. While he may stay up for 16 to 20 hours watching over his virtual village, he refused to take care of their child.

The player’s health is also at risk. There are chronic diseases caused by sleep deprivation such as heart diseases and stroke, and playing CoC until wee hours contributes to the development of these diseases.

Money is also at stake when one starts to get heavily hooked on the game. Joseph, for instance, is a student who used up half of his tuition fee by playing Clash of Clans. And since the online game also has gem-purchases (Note: selling at real world denominations) to speed up progression, boost villages, buy more soldiers, etc. etc., gamers notably addicted to the CoC heedlessly spend money to make purchases they think necessary to strengthen their village.

Dr. Bernadette Arcena, a psychiatrist at St. Luke’s Hospital, said people engaged in this kind of addiction are suffering from Escapism, or a mental diversion by means of entertainment or recreation. Since some can not control what is going on in their real lives, they resort to playing and get addicted to something that they can control.

Some consider CoC as just a game to kill time, others play it for fun, while others find it totally addictive. But remember that too much of anything is not good. We must be responsible enough to know our limitations. For parents, educate your children to play in moderation. Be strict and set rules on playing online games. Always invest more time in your real life than your virtual one. 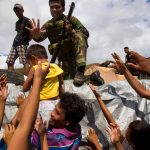 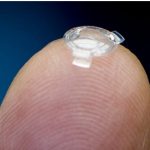